By far the meatiest changelog to date. 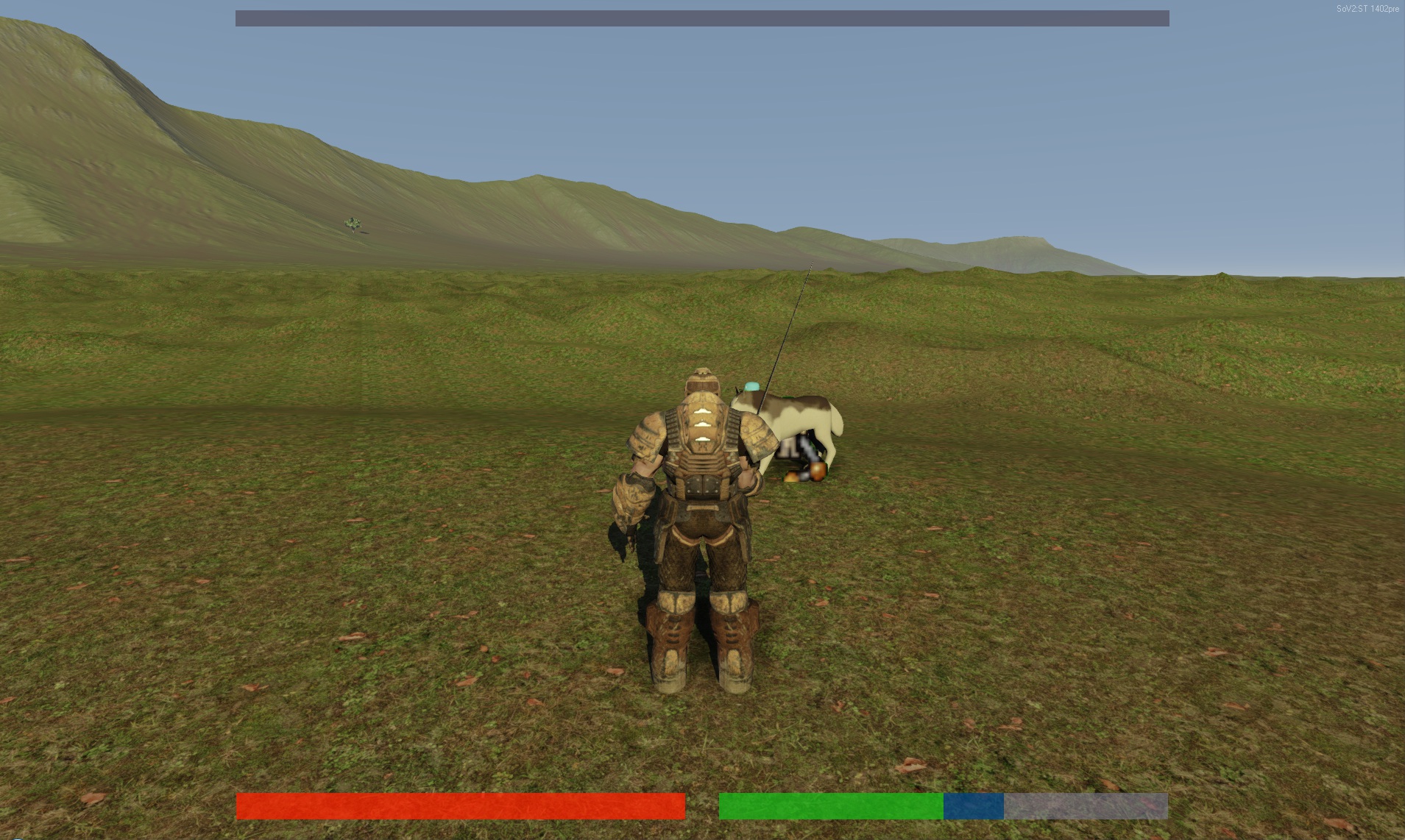 added dissTimestamp to store and calculate individual points in time.

added a version stamp to the upper-righthand corner of the HUD.

added tiredness: being awake now gradually increases your tiredness. There are currently no adverse effects, but eventually letting tiredness get too high will reduce movement speed, accuracy, strength, and eventually will cause you to pass out from exhaustion.

added beds to sleep in and replenish tiredness. Instead of instantaneously forwarding time to the next moring, beds greatly increase the rate of time’s passage until the player’s tiredness reaches 0.

added a rudimentary season system. Seasons don’t yet change anything, but they’re tracked internally and displayed in a debug bar in the bottom-righthand corner of the screen.

added a test melee weapon with absolutely terrible animations. Tracelines for each weapon swing are drawn to the screen, up to a maximum of 64. Toggling debug off will hide this.

fixed sunrays and moonbeams; they should now come from the correct position in the sky no matter where you are in the world.

changed dissTimekeeper, including all console commands, so that it works with the new dissTimestamp system.

changed the way the HUD is drawn. It looks mostly the same, but it should be a bit faster and should jive well with strange aspect ratios, like 21:9 and 9:16.

changed the minimum tiredness required to use a bed to prevent winter insomnia.

changed the camera, temporarily, to a thirdperson view for weapon testing.

It’s possible to “use” a bed via [e] even when you’re already sleeping in it. Doing this too often may lead to Leonardo DiCaprio appearing in your dreams.

Entering/exiting/using the Manta (middle vehicle of the three) can, and frequently does, instantly kill the player. Around the Manta, never relax.

You can download 1402 directly from icannotfly.net. If you find any bugs, please let me know.

There is currently no menu, so to exit the game, open the console by pressing the tilde key [~], type “exit”, and press return.