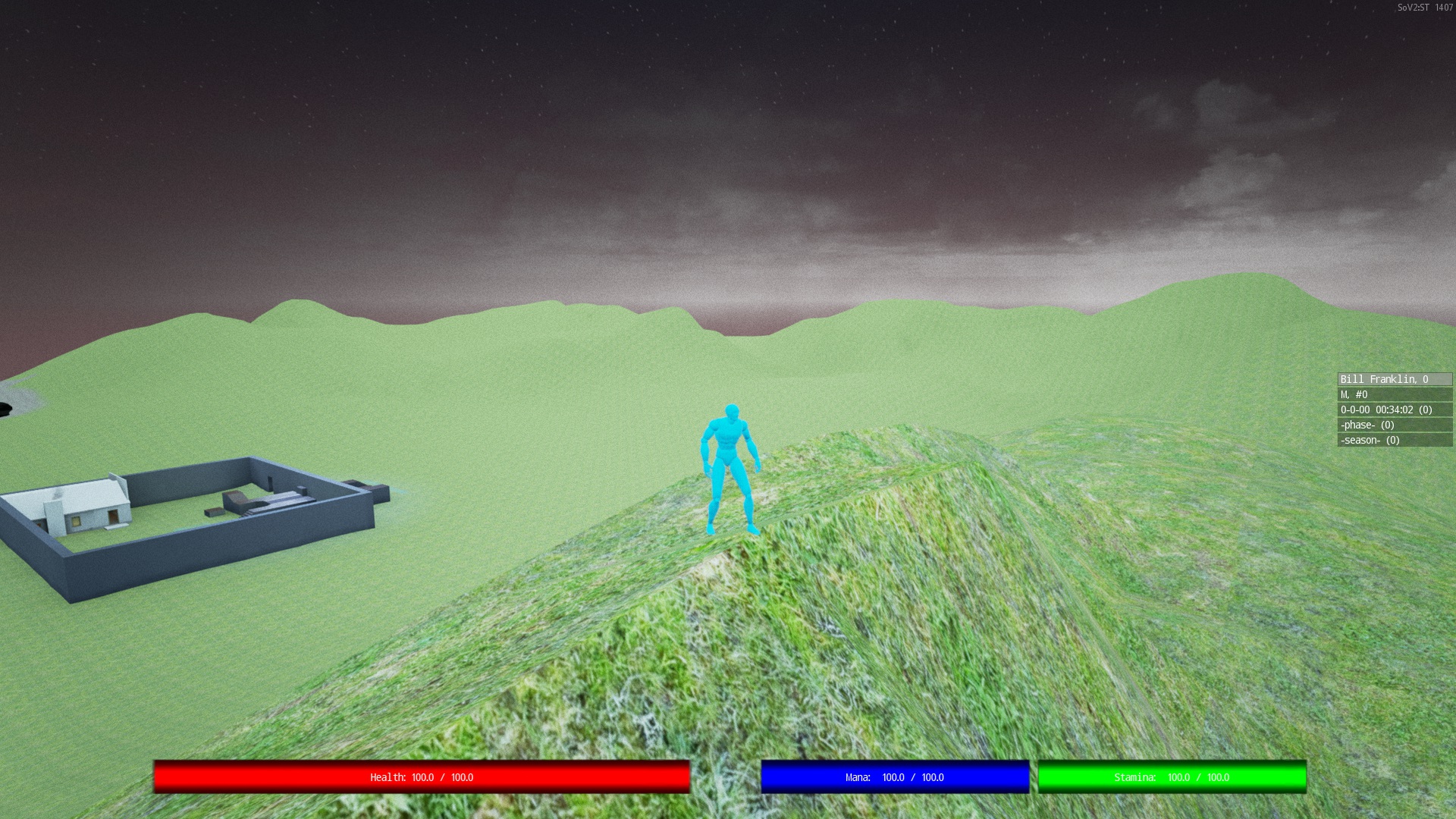 This person is far too small.

I had planned on leaving the country and being a little short on time as a consequence and rolling 1407 into 1408 to make up for the difference, but I hadn’t planned on getting terribly sick when I returned from my trip. As a result, I spent about a week in bed, getting better, and the week after that was spent shuffling around in a zombie-like state. I’m still not completely well, but at least I can get back to work now.

Unfortunately, this means that the current state of the game is one step above broken: when I left on my trip, I was in the process of taking apart and reworking the time system to make it a little more efficient and a whole lot easier to use. Currently, the time system is half torn down and nearly everything that depends on the time system is either unplugged or broken; the sun doesn’t move, characters don’t change height based on their age, and the console is spammed with errors and verbose status updates. All in all, I’m really not proud of this release, but I would feel worse skipping two monthly releases in a row. So, for better or for worse, here’s 1408.

added console commands to toggle the visibility of the crosshair and debug bars.

added seconds to timestamps as part of the ongoing timestamp reworking.

There’s no menu, so to exit, open the console by pressing [`] or [~], (below [ESC]), type exit and hit [enter]. The 32-bit build does not include console functionality, so you’ll have to figure out your own way of exiting; killing the game via Task Manager seems to work pretty well.

Ragdoll mode ([G]) is still broken. I don’t think I’ll be fixing this any time soon.

Walking into the ocean may cause you to slow down, occasionally so much that you come to a complete stop. This doesn’t happen nearly as much as it once did, but it still does happen sometimes.

Turning headbob off will cause the player’s head to move through the camera while running or sprinting, obstructing its view.

Pawns do not scale correctly with age; they’re all at their smallest possible size.

Running out of living family members in your bloodline will cause you to freeze in place and will display a debug message onscreen. To “fix” this, open the console and type RestartLevel, then press [enter].

You can download 1408 (binaries are included for both x86 and x64) directly from icannotfly.net. If you find any bugs, please let me know.